A downloadable game for Windows

Your ship crashes and you land on an unknown planet. The surface is constantly bombarded by radiation and solar wind so you are forced to go deep down  hoping that you'll find nothing but dead rocks.

Upgrade your tools with what you find to venture farther and farther below.

Warning : if you continue the game from a save that is from a previous version, some new features may not appear.

You can see the controls in-game by pressing F1.

It's a wild One, You've got going on, but seems worth It, who knows what structures can be created underground, with limited LIGHT, if i knew the other Game, i'd say scratch dead tactics, and keep the Main Character holding That Gun

Game finished. The end has a bug, there's no end. I received a message saying : report a bug. I wonder if it is normal. I'm playing 1.0 version.

Man that's a shame, unfortunately this is a very old project of mine and I forgot most of its inner workings. Did it say that after building the last pieces of the ship or after the boss?

After building the last piece, that piece is named "001".  The game show a message at the top: "¡Escape planet has no build function! Please report bug". I can continue playing but is a little disappointed this end. Anyway nice game and I will upload the gameplays to my youtube channel :) : https://www.youtube.com/channel/UCUaxwmBcLMriOxBXo-Gijtw

I think the game deserve  extra work because the idea and design are wonderful.  Maybe early access on steam would a way for you.

Someday I'll muster up the will to clean the game up a bit but I fear it won't be soon (a sequel is actually more probable).
Happy to hear you enjoyed it tho, looking forward to the videos!

The ending that was robbed from you was just a short cutscene, I'll send it to you If i find it.

A message preventing create a new game would be recommended. Very easy erase a savegame accidentally.

Where do we stash items (or mined minerals)? Is it only on permanent storage which needed to be crafted first?

You can dig a pit out and drop them there, I'm sure that dropped items get saved when you exit the game :P

And excavated minerals (but still not collected) also gone when you quit the game, even after saving.

Oof, my bad then. I guess you gotta save up to get it. Bad design on my part.

just beat the game. I'd only add two things 1 a settings menu where people can customize their controls and 2 a tutorial. also found a bug when id use the teleporter the blocks near the upgrade machine turn invisible

First: I like the idea of mining here (first mine, then collect). Also the background is good.

Second: I don't like moving system, but I can used to it. "I don't like" doesn't mean it is bad. I just don't like. But I like the idea of flying and shooting at once.

Third, I have spotted a few bugs:

b. When you throw away inventory, save and open the game, inventory is lost.

c. Also when you completely close the window and reopen, most of the upgrades are lost. Plus you can't upgrade them once again.

d. I have reached depth of ~300 m and no silver, nor gold was spotted. I don't know if I should go deeper? I have plenty of other resources and I don't have any precious metals.

Thank you for noticing the oxygen bug,it should be fixed now. The oxygen actually got consumed,but the UI wasn't updating.

About the other things yeah,dropped items are lost when you exit to the main menu

By closing the window do you mean closing the game? If you close the game without saving your latest upgrades will be lost.

Yup, there's still a lot of stuff to explore down below . The bottom [spoilers]  right now sits at 1750 m.

Yes, complete close of the window. I haven't tried to reproduce the bug, but once I will try.

About exploration [spoiler]: I have found different species and the silver. Good. But most annoying were jellyfish (or something like that). Is it possible to destroy them? :/

And another strange thing spotted:

when I lost a game (eyes have eaten me), I have run again the game, and I have found that some of the resources were in my base. Probably from last save. Buildings were lost, but resources not. Is it a feature to start faster, or rather a bug (no reset for resources)?

Yup it's all intended behaviour. You have to save the game either by going to the save menu or using the save station,if you close the game before that you will lose your progress. The stash also persists throught playthroughts.

I have retested with new version. Oxygen is fixed. GREAT! :) Now I know that I live. ;)

Wow,  I never noticed the upgrade bug,thanks for finding out. My results however are a little different. The only upgrade that didn't get saved was the player inventory upgrade, can you confirm that? Other upgrades seem to load fine.

you haven't updated for so long. Why?

you haven't updated for so long. Why?

Caught up in uni tbh.

Also aside from some minor bugs,I consider this game finished. So it probably wont be update anymore unless I feel some sudden urge to.

Great Game, just love it. Note of a bug: After beating the game, my perma-storage does not reset with a new game, it is still there, making any new games play like a cheat is on.

The only other note i have is i cannot find lenses.

Im glad you liked the game. Yeah,right now when you win you litterally just get that "you won" message , soon there will be a proper game end. You can get lenses from the eye-monsters.

I have killed a dozen or so, so far, but only just today got my first lens.... perhaps i am too far from them when they die?

But i would put that as a playstyle thing, having the permanent storage persist from game to game, that i would  say is my only major issue.

Also HTH do you build things?

To build items in the shop you must have the required materials. In order to mine them,first you "loosen" them with the laser and then you change the beam mode to tractor beam with Q (or B if you have an xbox controller) and shooting them will make you collect them (like in the second gif of the page).

uhh i have a problem.
when i enter the game and try to mine it Just makes it have Physics its very annoying not being able to pickup anything.

Couldn't figure out how or what to mine. Pretty sure I ran into coal several times, but hitting it with the laser just turned it into a physics object instead of getting it.

On the surface there is a green box, it has a list of upgrades and tells you the required materials. In order to pick up mined minerals you have to press Q or B if you're using a controller, and you'll switch to tractor beam which allows you to pick up stuff.

allmost beat the game and i died trying to get back to the ship also ive saved mutiable times But Sadly When i Died i Hit Contine And It Said No Save File Detected... rip

I forgot to mention that the game is permadeath, I think a tutorial is due soon. By almost beating do you mean you defeated the worm?

Yea That And i think a tutorial is needed because when i first played i was so confused on the controls and stuff i had to use the game page to figure it out.

Will do. Congrats on getting that far dude!

why cant i move without my jet pack? its very annoying. also the goal is very unclear, also the sensitivity on the controller aiming is so slow its unusable

over all not fun, give clear goals and fix controls

Yeah there's no real goal for now and yeah I'm thinking of remaking the movement system. Is it annoying because it's hard to control or because you'd rather walk? Goal will be finding all materials necessary to rebuild ship and escape.

jetpack is fine, just walking is a basic ability in all games and without it i might as well be a moon lander model 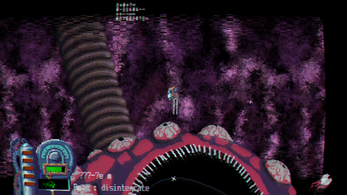 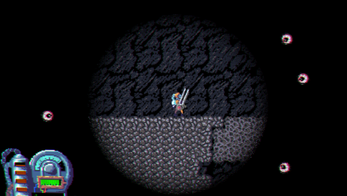 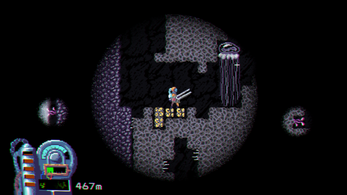 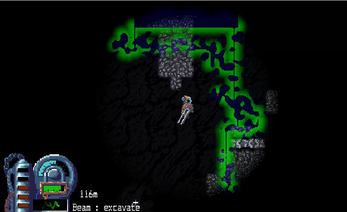